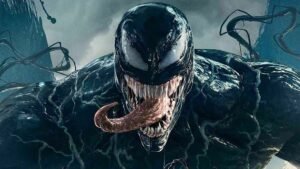 As first reported by VideoGamesChronicle, the now-removed page described the Video Pass as the following:

“A new benefit available for a limited time on PlayStation Plus… PS Plus Video Pass is a trial service active 22.04.21 – 22.04.22. The subscription benefit is available to PS Plus users in Poland.”

No further details were provided, although the page did show three movies: Venom, Zombieland: Double Tap and Bloodshot.

It’s also worth noting that Sony is removing the ability to purchase and rent movies and TV shows on PlayStation in August, so Video Pass could be intended to be positioned as an alternative, of sorts.

At the very least, Sony leveraging its back catalogue of films — which also includes the Spider-Man, Jumanji and Bad Boys franchises — could be a way to add more value to PS Plus amid stiff competition from Microsoft’s Xbox Game Pass. Sony also owns the Funimation anime streaming service, which could, hypothetically, also be leaned on for Video Pass.

However, adding video content to PlayStation Plus wouldn’t really be a direct response to Game Pass’ biggest benefits — namely, day-one access to all first-party Xbox games and many third-party titles and mobile streaming. This also doesn’t appear to be what rumours — as well as comments from PlayStation boss Jim Ryan — meant by Sony having a proper response to Game Pass.

In any case, we’ll learn more about PlayStation Video Pass if it does indeed go live in Poland on April 22nd.