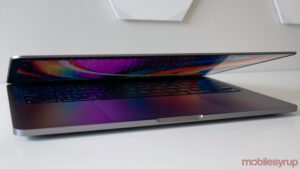 You can finally run Windows 10 on an M1 Mac, albeit with some drawbacks.

Corel, the company behind the Parallels, is pushing out a major update to the app that will allow users to natively run the ARM version of Windows 10 on a Mac with an M1 processor. Version 16.5 of Parallels Desktop for Mac enables users to run Windows 10 for ARM inside a window alongside macOS Big Sur apps.

That means someone with an M1 Mac can run macOS apps (both native ARM apps and x86 apps through emulation) and Windows apps (again, both ARM and x86 variants).

Of course, the solution isn’t perfect. Apple chose not to support its Boot Camp software on the M1 Macs — Boot Camp allows Mac owners to boot into Windows with their devices. It’s worth noting that part of Apple’s decision stemmed from Microsoft limiting availability of Windows 10 for ARM. Without Boot Camp, the only option for people who want to run Windows on their Mac is virtualization technology like Parallels.

As good as this all sounds, don’t rush out to buy an M1 Mac to run Windows via Parallels just yet. First up, it’s important to note that Microsoft still only provides Windows 10 for ARM licences to PC makers, which means average people can’t necessarily obtain a licence to run the software. However, there is a Windows 10 for ARM preview build available from Microsoft’s Windows Insider website — you can download and run that instead. Still, it’s a preview version, so expect some bugs and stability issues.

The other major caution is that Parallels virtualizes Windows on ARM, which in turn is emulating x86 apps for Windows. There will likely be some performance issues with all that virtualization, but early reports indicate that the M1 handles everything relatively well.

All that said, you can learn more about Parallels here, and if you already own an M1 Mac, it could be a good piece of software to have.

Source: Parallels Via: The Verge